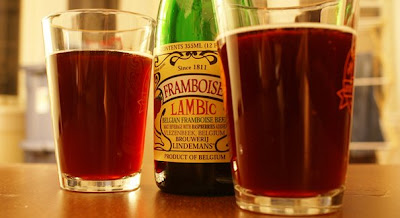 Further to yesterday’s post regarding the imbecility factor of Victoria’s ‘One Slap Fits All’ liquor licensing policy comes this next one.

I received an e-mail last week which reminded me of a new tax law amendment that came into effect last year. I didn’t write about it then because I really didn’t think it was ‘real’, that is to say that I assumed it was a glitch in the system and one whose folly would soon be spotted and the law changed.

First, some background. You’ve probably heard of ‘alcopops’? Cheap and cheerful fizzy alcoholic mixed beverages that are so full of sickly sweet sugary goodness that only an unsophisticated palate would find them enticing. Like, for example, teenagers and the feeble-minded. And those for whom beer is just oh-so, like, you know, like ... umm ... beery?! Yuckky!

Alcopops have been developed with the simple premise of getting alcohol into the system of the drinker without them experiencing any sort of nasty alcohol taste. It’s just some generic alcohol flavoured spirit like vodka or gin or whatever mixed with sugar and water. Sweeten them up and they’ll swig it down. Too easy.

Some of you have probably heard of Lambic beers, a style popularised in particular by the Belgians fermented, at least in part, by wild yeasts and flavoured with fruits such as sour cherry or raspberry and distinctive in their dry, vinous, cidery and slightly sour aftertaste. A good example of a true limbic is a joy for the beer lover.

But they are certainly not for everyone. Like, for example, those described above.

And yet – here we go again, folks – some people seem to think that there is no difference between the two. Because lambics are brewed with an addition of beet or candy sugar to achieve the right mouthfeel, alcohol content and, let’s be honest here, so that they conform to accepted brewing standards to be true-to-style they are classified under the same heading as RTD’s.

These RTD’s (Ready To Drink – See? They even have to dumb down the category description) have been identified as one of the main culprits when it comes to underage and binge drinking as well as anti-social behaviour such as bashings, assaults and other assorted incarnations of late night violence.

But Lambics? Seriously. Made for sipping and quiet contemplation, they could never be mistaken for an RTD. Leif Ryan, founder of Phoenix beers and importer of many of my personal favourites like Weihenstephan is running a petition that will hopefully allow the government to see sense on this issue. That’s despite the fact that this tax definition anomaly has already been brought to their attention. And they’ve ignored the pleas of common sense.

More of the story is here.