So now I do Wine Dinners, too 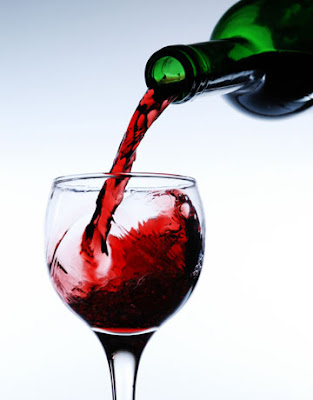 I’ve been hosting Beer Dinners in various restaurants for about ten years now. Back when I began we were really just putting together four or five courses and ‘matching’ them with roughly the same number of ‘special’ beers. All lagers, all local and all ‘foreign’ to the punters present.

That’s to say that I have arranged for a winemaker/wine rep to supply some wines and assisted with a menu to match. Pinot & Duck, dessert wines and special limited release oak-aged oddities with all manner of food pairings – I’ve seen them all.

But I tend to just host the evening, welcome the diners and introduce the guests. Then I sit back and leave the hard work to the experts. I don’t mind wine, but I don’t love it. Not a passion for me like beer is. I’m happy to deliver meals and pour the juice and leave the details to those who know.

So when I got a phone call on Friday night – fifteen minutes before a $75 a head Wine Dinner was due to commence – saying that ‘we have a small problem’, I got a little antsy.

The guy who was to run the wine dinner was explaining that he had just written off the wine and he wouldn’t be able to make it. “Sorry mate, the wine’s all gone”, he lamented. “How’s Michael (the winemaker)?” I asked. “Oh, he’s pretty badly hurt – the ambulance is on the way.”

Gotta admire the passion for his craft that he was considerably more worried about the wine than his mate but it didn’t help me. I now had a double problem. I had to re-think the wine matchings and provide something special from our own cellar and I had to make sure I had enough of each to water the thirty expectant guests.

But more scary than that, I had to host and run the dinner. That meant talking about the wine, extolling the virtues of the wine and food matches, running a trivia portion and putting each of five wines into an historical context. And what do I know about wine? Well, without down-playing my skills at all – very little. I mean, I can visually identify a white from a red but how far was that going to take me?

Beer to the rescue! Two of the guests were Beer Dinner regulars and I immediately set them a task. “Gillian. iPhone. I need two paragraphs on sangiovese! Andrew, something on alborino and pinot grigio! Get on to it!! And get me some stuff I can turn into trivia questions!!”

I introduced the evening and explained to the guests the changes to the printed program. Fortunately one of the diners had stopped at the accident to assist and most of the others had driven past or seen the flashing lights on their way in so I had them warmed up, so to speak. When Guy had told me they had pranged the car ‘just up the road’, I didn’t realise he meant 100 metres from the restaurant. And, yes, I had walked up to see that they were both OK. But NOT to see if any of the wine was salvageable. I could see it wasn’t, so I didn’t ask.

I won’t bore you with the details but let’s just say that it really is amazing what you can achieve with just a few simple tools. 1) a couple of friends with iPhones and the ability to break into the restaurant’s wi-fi signal, 2) some staff who are able to stay focussed and calm under pressure and 3) an extra generous pour of the first two wines. That, and a couple of gags and funny lines I remembered and a few well-chosen car crash jokes and all went well.

Allowing the staff to finish off the wine as they went made things a bit easier as well.

So, if you need someone to host your Wine Dinner, I now count that skill among my many others. And the beer at the end of the night tasted all the more sweet.