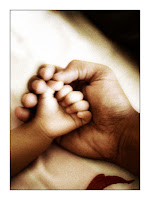 Being something of a beer-enjoyer (you may have picked up the subtle hints reading this rubbish) I relish hearing the question; “What can I get for you?” It’s nice to hear it come from a bartender and even nicer to hear it from a mate who is about to speak to a bartender. It is especially nice to hear it around Christmas and birthday time when I can shrug my shoulders matter of factly and say; “Oh, your love and respect is more than enough but, since you’re asking, a gift pack of Belgian ales, a six-pack of local crafties or a mini keg of Bavarian lager would be lovely.”

Now, when it comes to friends or family, mates or missus, this is easily done. When the first Sunday in September is rolling nigh and it is a two year old and a four year old asking the question, it makes for a different strategy. Can’t really ask them to hop on the push-along and fill up the flowery basket with bottles, can I. Can I? No, no I can’t. Apparently. Nice try though.

So for Father’s Day I must do my fatherly duty and provide for them. For me. I provide on their behalf - can’t be fairer than that!

So what does a dad drink when it comes to Father’s Day beer? Well, when he’s buying for himself and he has a good excuse, and he wants to match the beers with a good reason it goes something like this...

St. Arnou Premium Blonde I chose because Mrs Pilsner is blond and, well, without her I wouldn’t be having a Father’s Day. Samuel Smith’s Old Brewery Pale Ale because during the ‘Cut & Shut’ delivery of our first born, Mrs Pilsner went a lovely shade of pale during the epidural. A Fuller’s Extra Special Bitter because, well without being too much of a suck, being a Dad is pretty extra special. Holgate brewhouse in Woodend have a lovely Abbey beer called ‘Double Trouble’ (it’s Belgian Dubbell Ale) because before I had three kids I had two. Red Hill Temptation, a magnificent golden Belgian Ale chosen because that’s how I ended up with the third kid. And, finally, Weihenstephaner Hefeweissbier Dunkel because if you’ve had a few drinks before this one and you can still pronounce it without tripping over your tongue then you are very possibly capable of producing the kind of performance necessary to produce an offspring. 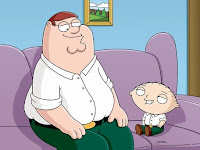 Glad you went with the "Extra Special" angle on the Fuller's Professor Pilsner...

Yeah, thought about 'Eroding Sanity' or 'Eventual Senility' butI figured that since the missus reads the blog, it wasn't the best way to 'Ensure Sex'.