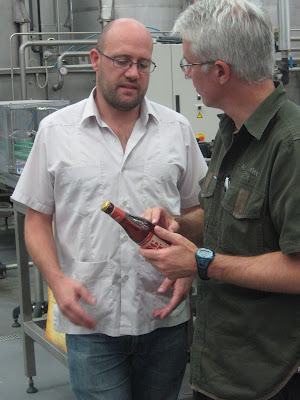 I’m one of those blokes fortunate enough to be present at the birth of each of his three children. Actually, it’s not as difficult as some people make out. I don’t have any issues with the inconvenience, the stress and all that pain – as long as it’s not happening to me. But it is an experience I’ll never forget, and one which I thought I’d never repeat.

That was until an invitation arrived from ‘The Garage’, Matilda Bay’s brewing home and source of new and interesting beers and something of a ‘beer birthing suite’ when it comes to the special things in the beer world. From this unassuming building in Melbourne’s outer south east we have seen all sorts of weird and wonderful creatures emerge - from a Barking Duck and Flamingo, a Dogbolter and a Fat Yak to a Redback and a Beez Neez. Couple these with Grayston and Big Helga and you could be forgiven for thinking that that this brewery was, in fact, some sort of mad scientist’s lair.

What I was here to see was the ‘birth’ of Matildas Bay’s latest brew, a coffee-infused dark ale called Longshot. Created from an idea shared over a beer (or maybe two) from the imaginations of Matilda Bay Head Brewer, Scott Vincent and gourmet coffee roaster Toby Smith from Toby’s estate, Longshot is a dark and warm and made for a cold winter’s evening. 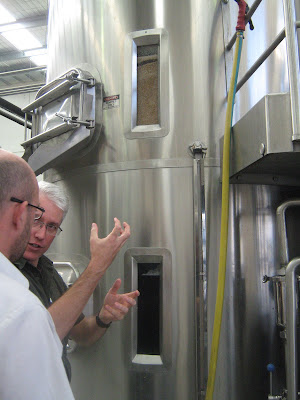 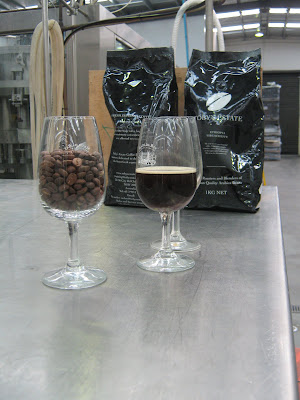 The beer itself had already been brewed, keeping strict parameters in mind – this one needed to stand up against the coffee content without masking the subtleties of the roast – and so this day was all about tasting and smelling the coffee blend. An Ethiopian Yirgacheffe was chosen to partner the dark ale with the hope that the lemony aromas would complement the roasty spicy nature of the beer.

We spent the next hour or so ‘cupping’ with Toby and, while this might sound like a new SBS reality show, it actually involves pouring water over the ground coffee in a cup until a crust forms. The crust is gently spooned away and the aroma taken in. I’ve been making coffees in restaurants for a while and just ten minutes with Toby gave me a whole new appreciation for the dark bean. Having tasted the beer from the bright tank earlier, we were now getting a feel for just how the coffee would work alongside it. 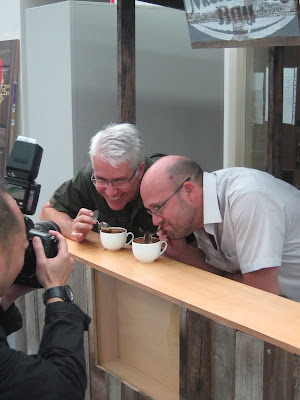 Having seen the ‘birth’ of a new beer, I can’t wait to see – and taste – the finished product. Some very nice food pairings are coming to mind and, who knows, it might even be a nice ‘finisher’ for those who don’t drink coffee after dinner!

Longshot will be Matilda Bay’s winter seasonal and will be confined to a fairly limited run. You will find it only in Dan Murphy’s outlets from July 1. It won’t be for everyone and it certainly won’t be a ‘knock-it-down-fast’ session beer but you’ll probably want to get into it quickly. Maybe a nice cup of coffee to get you going before you hit the bottl’o!

That's the best intro to a blog yet, obviously Mrs Pilsner doesn't read it or you'll be in Doghouse forget the Taphouse!

We are currently packaging Longshot and it looks great and tastes even better.

Thanks for the comment, Scott.
After 20 years I reckon she's past being surprised/offended/amused by much that I do or say! Plus, last week I got away with claiming that naming Ferals new brew was better than all my kid's milestones. What can I say, I love livin' on the edge!!

Having tasted the beer and the coffee for Longshot, I can't wait to try the combined product.