The Quest for the Gr-Ale 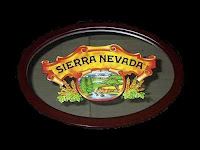 Readers of this blog will no doubt be aware of a running theme over the past twelve months. It concerns a beer. No surprise there. It is not a rare beer nor is it of a limited edition or particularly expensive, though it has proven to be particularly elusive. For me anyway. For many other craft beer lovers, it is as common as muck but much better tasting. But I wouldn’t know. Hence this post.

Let me explain. The beer is Sierra Nevada Pale Ale and I have been trying to get my hands on some for nearly two years. The reasons are many and varied but in essence I am a huge fan of US style pales and this is one that is always spoken of by those who know it in hushed, reverent yet excited tones. It is the beer that more than one Australian craft brewer has stated was the inspiration for their brewing empires. It is also surprisingly difficult to find out this way.

It has been described to me by beer blog mates from the States as something of a cliché for great craft brews and has had its praises sung by every beer rating and tasting website and forum that I have read. Comments left by me on US based beer blogs have been replied to with equal measure of sympathy, pity and a series of “Hah! Hahs!” of which Nelson Muntz would be proud. Apparently, it is a very good beer.

The last few weeks have been exciting as I had spoken to Chris from Cloudwine at the second Ale Stars meeting at The Local Taphouse and he told me that stock had finally arrived. Excited like a kid promised a treat if he cleans his room, I went straight home and cleaned my room then I told Mum I was going out to play at the beer shop. Mum yelled at me for phoning her at two o’clock in the morning but thanked me for cleaning my room.

With one thing and another, I didn’t get out to Cloudwine until a few days later by which time all the remaining stock of Sierra Nevada Pale Ale was no longer remaining. I felt like Homer Simpson the day he went to the mall to see Mr T but by the time he got there Mr T had gone and then he asked the man if he knew when Mr T would be coming back again and the man said he didn’t know.

And so my quest would remain un... un... dis... non... incomplete. But the Beer Gods were not done testing me yet. They really DO want me to have this beer, to achieve my goal, to reach my grail. But not so soon. After Ale Stars Dr Lager, the brother-in-law and me were fronting the bar and chatting beer chat with Shandy and Chris, when I noticed the little pale green label on the unpretentious, almost shy bottle on the display shelf behind the bar.

“Is that ... that bottle up there ... is it ... could it be ...?” It bloody well was!!! Of course!! Why this had not occurred to me before will remain as much a mystery as Paris Hilton’s popularity. Of course a bar like The Local Taphouse would have SNPA!! Dickhead!! So now I knew – for next time. Not right here, right now, I hear you ask? But you’ve waited SO long. No. Just had a Sam Adams Boston Lager, two German Festbiers, a Farmhouse Ale and Rauchbier. There was no way known that I could introduce the Pale Ale into the same room as these characters. It would need to wait. The anticipation would be worth it.

So what do my ‘mates’ do? I turn around after some chat to see a beautifully poured and presented Sierra Nevada Pale Ale! Right in front of me!! Deliberate!!! Those very bastards. Having sympathised with me and led me to believe that they understood my quest and my decision to ‘postpone’ it until my next trip, they wave contempt and temptation in my face like a fiver to a starving bum. Bastards!!!

So what did I do? Did I succumb to this cheap attempt to get me to ‘break the seal’ and grasp the grail?? Did I forsake the opportunity to properly enjoy the pot of golden ale at the end of the beery rainbow?? Shit no. I stood fast and hard and took this evil attempt to make me stray in my stride. I did call them all bastards under the sun for the next twenty minutes and threatened to leave them to catch a tram home – a good trick for Dr Lager to pull off as the tram goes nowhere within twenty kilometres of his joint.

No. Proudly I let it sit there. Then I reluctantly watched as they took turns sipping from ‘my’ grail. Then they began to tell each other just how good this beer was and I just got shitty. But every time they set the glass back down on the bar I snaffled it and took a long, deep-drawn sniff of the aroma and imagined the day – which WILL come – when the prize would be mine. And I don’t think those two will be there when it does.

I think your reading too much into it. Its a good beer, but its not 'that' good. Your setting yourself up for a dissapointment.
From what I hear the new Aussie made APA's are a lot better than SNPA.

No!No!No! It has to be good!! Don't say that!! Seriously though, I was going to put in the post that I wouldn't be surprised if I was disappointed it was more a case of the journey being more important than the destination. I had read how it was the inspiration for many craft brewers in Australia and I just didn't think it would be this hard to find! I'll let you know next week how it goes. I have a post on Aussie APAs coming up.
Cheers,
PP