Ale Stars to harvest the wheat 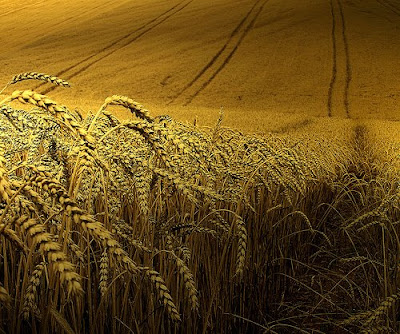 For those in or around – or planning a quick trip to – Melbourne next week, keep Tuesday the 16th free for the next Ale Stars get together at The Local Taphouse in East St Kilda.
Coming into the warmer weather the featured beers are wheat beers.

Neil from Matilda Bay Brewery will be the guest brewer and I am assuming that Shandy will again host the event. I hope he is because I think I still owe him an apology (and Steve) for the Scottish/Irish accent fun I poked in the last Ale Stars review.
Redback Kristal, Hoegaarden Grand Cru, Weihenstephaner Hefeweissbier and Aventius Weizenbock will be the beers for sampling and discussion and the fact that all these beers are a nice citrusy tangy kind of offering, means there should be room left for just a couple of ‘afters’.
7.00 on Tuesday December 16 is when the fun kicks off at 184 Carlisle St East St Kilda. $25 a head gets you your four samplers and a host of gourmet pizza as well.
Cheers,
Prof. Pilsner
Posted by Beer Blokes at 08:49