“I only drink Carlton Draught” 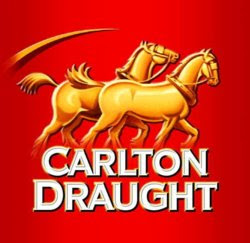 That was the first thing he said to me as the group settled themselves in for dinner. Saturday night, 7.30 booking, work group out for their Christmas get together, I only drink Carlton Draught. Just another shift in any other restaurant in Melbourne.

A funny bloke, we got off to a flyer when I had his beer in front of him before he had finished his ‘warning’ and this theme continued throughout the night. I was running the restaurant and just popping out to the back room the group had to themselves as often as I could, as a couple of other boys on the table had decided to try a few ‘different’ beers.

With each beer order these guys made I gave them a story or an interesting fact about the brewer or the history of the style and before long they were flagging me down for another ‘beer fact’ or to settle an argument or a question they had. Remember, these guys were a bunch of ‘tradies’ and their partners who had never really been exposed to beer other than mainstream golden lagers from the big brewers. As the night continued one of the girls joined in with a few beers and the others were beginning to ask questions and get into the spirit of the whole beer thing.

And throughout all of this, Mr Carlton Draught stuck true to his brand – although he did start showing just a hint of interest in what the boys down the other end of the table were getting into. A few well chosen jabs at his mates just to keep them honest as much as too assert his position as the ‘Beer Loyalist’. His mates went from Kingfisher to Leffe Blond and into Budvar all in matching badged glassware while he stuck to the Draught with a passion and a couple of wise cracks at his ‘boutique poofter mates’.

And then it happened. Slowly but surely his interest turned into .. whatever comes just after interest... advanced interest, maybe. His glare turned into a gaze and his quips turned into questions. “What’s this one?” he asked as the boys were poured a Shlenkerla Rauchbier. “Looks a bit darker than that last one.” This comment was made with the deft observation of a seasoned expert. That is to say, a seasoned expert capable of spotting the difference between a smoky Smoke Marzen beer and a crystal clear Czech pilsner. To be fair, he HAD started enjoying the fact that his Carlton Draught was being drunk from a nice glass.

One of the boys passed the stylish stein down to CD and he summoned up the courage to bring it to his nose for a sniff. “That’s different,” he says as if this is the sort of thing he does every day of the week. “Go on, mate, ‘ave a sip”, says his mate. With his mates’ eyes burning into his scone, he cautiously raises the glass to his gob. Expecting the worst I took a step back. He sips, smacks his lips and pauses thoughtfully as he looks up.

“That’s not bad”. That’s amazing. Not only did he not hate it, but he actually liked it! OK, so it’s no miracle on 42nd St kind of moment, but it’s significant. What’s even more amazing is that after another round (he wandered back to Carlton Draught for his next) he even decided that when the boys went for the ‘big finish’, he’d join them, regardless of what I chose for them. So Kwak it was, in its distinctive wooden stand – complete with history lesson – and while it didn’t move him like the smoke beer had, again he didn’t hate it. Another small win for the Beer Bloke.

He may not go out tomorrow and start filling his beer fridge with imported specialty beers or local craft beers but maybe, just maybe, he will tell some of his mates down at the footy club about how he discovered that the beer world doesn’t begin and end with Carlton Draught afterall. And that’s a win for all of us.