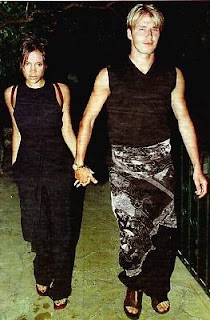 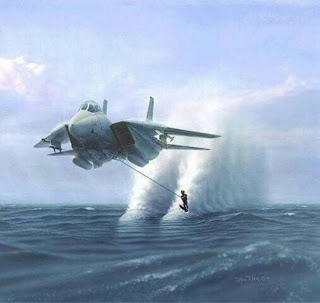 Once upon a time there were blokes. Just blokes. They all went out to work and earned the wage for the upkeep of their family, which tended to consist of a woman for a wife and a couple of kids who looked pretty much like one or both parents. They enjoyed sport and they drank beer. Occasionally they went off to war to fight for their freedoms and sometimes they fixed the car on the weekend after mowing the lawn. They were pretty easy to spot and they all looked and sounded kinda the same.

Not only can being a bloke mean many different things, but what defines being a bloke is ever changing as well. It is harder to ‘spot’ a bloke in a crowd. They can all be blokes but look completely different. And to confuse things even further, blokes have different ‘tags’ by which they can be identified. And I don’t mean the ‘tags’ on their beers, though this can often be a good method for spotting real beer drinkers as well as posers, poindexters and poofters.

One day we discovered that there was a thing known as a ‘Metrosexual’. I think some of them used to be blokes and some of them still are blokes but don’t want to look like blokes. But they are still blokes. They tend to want to come across as strong and manly but use make-up and stuff. They call it ‘cleanser’ and ‘toner’ and ‘moisturiser’, but it’s make-up. They also exfoliate, apparently. I don’t know what that is, but I think it’s something much more poofy than just shaving. They drink beer, but only just. They sip Coronas and Miller Chill and cheap beer with lemon disinfectant in it. Mostly, though, they drink white wine with names that are easy to say in a poncy voice like “Pee-Noh Greee” and “Sor-ving-nyon Blonk”or “Mos-Kartoh”. They are fairly easy to spot because they either look like David Beckham or Ian Thorpe or they are David Beckham and Ian Thorpe.

But today we are seeing a return to the more traditional bloke here in Australia. While some of the weaker ones have strayed from the flock and toyed with ‘product’ and ‘shopping’, most blokes stayed true and kept the faith. He wants kids but spends too much time talking to women friends about Global Warming and carbon footprints instead of keeping the conversation simple and to the point – “How about a root?” Real women like real men. Plus, the girls discovered that while it was cool for a while to hang out with metrosexuals, it’s no good when they use more make-up than them and have bigger purses. Yes, boys, they are purses, not guy-satchels or man-bags.

Welcome the Age of the Retrosexual. He hates shopping and buys clothes when his wife drags him suffering to the shops. He cooks meat on the BBQ with flame and smoke and doesn’t make his mates remove their shoes before they come inside. He likes whatever it is that he is wearing because it is comfortable. His toothbrush and razor occupy a small piece of real estate in the vanity cupboard. He spends time with his kids or with women with whom he has a chance of practising to make kids. He doesn’t mind having his mates take the piss out of him for his choice of music or the car he drives and he gives as good as he gets. It’s all fun and we’re all mates.

David Beckham thought he could make the men of the world think that wearing a sarong was cool. He was wrong. ‘Tool’, not cool.

Proto-metrosexuals used to drink Zima. They also have been known to drink martinis, but not the kind with gin or vermouth.