Top stuff from the Top End 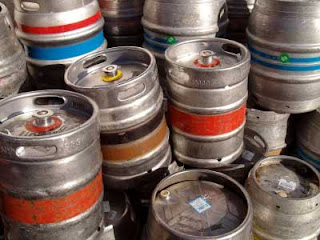 There’s a place in Australia called the Northern Territory. Sandwiched between the pointy bit at the very top of Queensland on the right hand side and the plateau-shaped empty bit of Western Australia on the left, the Territory is a bit of an enigma, even to Australians.

The Territory is often referred to as the ‘Top End’ and is also home to ‘the Alice’ and ‘the Red Centre’. It has plenty of ‘Outback’ and ‘Dreamtime Land’ and a rather large portion of extreme ‘bugger all’. Rainforests and deserts, long gun barrel straight highways, magnificent picture postcard scenery and two centres of population – Darwin at the top bit and Alice Springs in the middle. That’s about it.

Taking up an area of around 1,349,129 square kilometres (520,902 sq miles) and containing just 218, 380 people it is the most sparsely populated state or territory in Australia. That’s a lot of space for so few heads. So how in God’s name do these folk get to drink so much grog?! New statistics from the Justice Department show that Territorians knocked back more than three million litres of pure alcohol last year. For those playing along at home, mark that down on your game cards at around 1,000 full strength beers per person.

Figures show that NT sold 3,225,555 litres in total last financial year. They broke this down thusly; every person over the age of 15 sank 1300 full strength beers. Just on four cans each per day. Per day. Per DAY!!! The Northern Territory Government declared that drinking was it’s No 1 problem. You think?!?

in the 50’s and 60’s, the Aussie culture was almost underpinned by the proud knowledge that we drank our way to he top of the charts and kept up with traditional (and highly populated) beer drinking countries around the globe. Jump forward to the present day and we are now drinking far less per head – but drinking increasingly ‘better’. More imported, boutique and craft beers.

It seems that the news is taking a little longer to reach our northern mates.

I wonder how much the statistics in the NT have been affected by the alcohol ban in Aboriginal communities?
On a whole I think Australian beer culture is binge drinking. It comes from the prohobitionist attitudes that saw pubs close at 6pm and forced people to binge drink in the pub. People got used to drinking this way, and the mentality and attitude has been passed down for a few generations.