The search is over but the journey begins 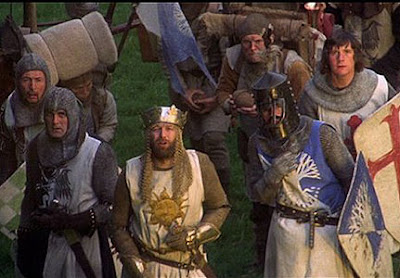 For those new to this blog, or those who only read the bits that have boobies in them, here is an update on my quest for the holy ale.

Okay, it’s not really a quest as such and it’s not really the holy ale but it has been something of a journey for me over the last year. It is really just another beer but to me it represents so much more. It is a craft beer from a US brewery that was one who helped to lead the way for the craft beer scene back in the 80’s. You remember the 80’s? Leg warmers, real pro wrestling and electronic pop music? 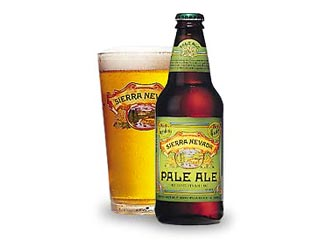 The beer is Sierra Nevada Pale Ale and it first ‘batched’ on November 15 1980. The fact that this beer has a birthday is significant – like pilsner which was ‘born’ on October 5 1842 – pretty cool to know when the beer was first poured. For me it’s a nice feeling to know a bit about the origins of a beer and certainly to know that it was crafted and not just pumped in and spat out of a lab by a computer. I don’t trust computers and I certainly don’t trust computers that don’t drink beer.

Like many craft brewers, Sierra Nevada began as a homebrewing operation which outgrew the kitchen, then the shed and then became a brewery with second hand and recycled equipment. Sticking to traditional and natural processes and committed to using only quality ingredients, the small brewery became a bigger one and a bigger one again until it just kind of morphed into something of an empire with restaurant and a 350 live music beer hall with all the bells, whistles and fine beers. To pop all that into print in just under a paragraph makes it sound like an overnight success, and this piece cannot do justice to the passion for real craft beer that Ken Grossman and his team have shown in building the business without sacrificing the beer.

My interest in the SN Pale Ale stems from reading about and speaking to craft brewers in Australia and finding that, for many of them, this beer was their “Sgt Peppers” or their “Nevermind The Bollocks” albums (remember albums?) the thing that made them stop in their tracks and rethink what beer could be. For some it was the inspiration to take their own home brewing to the next level, for others it was a kind of benchmark for the beers that they would brew. Remember Little Creatures first entrance into the market – all of a sudden the game had changed and hops were not just something that Granny stuffed a pillow with to ward off nightmares. Beer could now rise to new heights and be enjoyed more with food and your tongue could be made to dance and your senses could be enhanced by the addition of hops to beer!! Amazing!!

So, I had to try this beer and, for years I was consigned to thinking that I would need to mortgage the house and sell at least one of the girls to afford the trip across the waves in order to find the source of this beery inspiration. And the more I couldn’t get it, the more I wanted it, of course. And the more I wanted it, the more worried I could become that when I did get it, it would disappoint. And that would have been a lose/lose situation and that’s just not a beer kind of thing. Or a Beer Bloke kind of thing.

Jump ahead to a month or so back and I found a supply. It was on the stock list at Cloudwine Cellars and in the fridge at The Local Taphouse and my journey was nearing a conclusion. That in itself was a bit disappointing. But not for long, as I got out to Cloudwine a day too late and missed out. I was out at the Taphouse the following week with some so-called friends who were well aware of my fruitless search thus far. We had been at an Ale Stars meeting and had just polished off several samples of German and Viennese celebration beers – Festbiers and Oktoberfest Wheats and a Rauchbier –so the palate had been well and truly sensitized to strong rich beers. I decided the SNPA would need to wait for another day as I didn’t feel the occasion or my tastebuds could do it real justice. No, I had to have it as a ‘first up’ not as a chaser.

So these bastards buy one and sit down in front of me, knowing that I now won’t touch it. You very, very bastards! How very dare you. I stayed strong and picked the glass up every minute or so just to take in the colour and the aroma. Seems a little weird looking back, to have been seen sitting at a bar sniffing another blokes’ beer. That’s why we don’t bring our wives to the pub.

Anyway, last week I finally snaffled the last two bottles from Cloudwine – thanks, Chris – and they have spent the last few days chilling in the fridge before their upgrade to the Beer Crisper. I’m on call for the local State Emergency Service this week so it will need to wait another few days yet. But we’ve come this far and I reckon we can sit out another week.

I’ve heard about it, I’ve read about it and researched it, I’ve seen it, I’ve smelled it and now I have held it ....

Won’t it be a bummer if I don’t like it?

I have some news that will dissapoint you even further! It's better on draught than bottled!

But that won't be a disappointment, rather it will tell me that the journey will continue - I still have something to look forward to!Cheers,PP