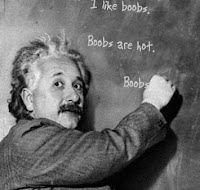 So what have I learnt in the last three weeks with the wife and eldest overseas?

Well, apart from the fact that the house gets awfully QUIET after the little ones are in bed, I have to say I have made some interesting discoveries. Not all of these revelations are beer related, but they are mostly inspired by, and the result of, sitting and sipping some very nice beers in quiet contemplation.

I have spoken in earlier posts of the whole ‘occasion’ factor that I consider important when it comes to really enjoying a beer. The concept of ‘a quiet ale’ or ‘ten noisy lagers’ is something I have tried to express when I talk of the true intrinsic value of beer. Some beers just taste better in the right time and place – and quantity – than they would otherwise. A bunch of good mates, a noisy pub, ice cold draughts well poured or shared from a jug is a different beast to the sanctity of a single warming amber ale sipped between pages of a newspaper while curled up in the comfy chair letting cares and worries disappear into the ether.

It is more of the latter that I have had the pleasure of enjoying in the past three weeks. Between keeping the place clean and tidy, feeding the ravenous young’uns and tapping out this rubbish each week, I have had the rare pleasure of being alone with my thoughts after dinner each night. Not exactly true, that. I have had more than a couple of nice beers to keep me company.

At times I have really found myself lost in thought as a result of the beers ability to take me away to another place – no, not because it’s the sixth or seventh for the sitting – the malt and the hops and the brewing care and the thought behind the particular style just seem to be more prominent in my thoughts as I sip and savour a nice malty ale or a chocolatey porter or even a finely honed bitter.

I also found out that although the peace and quiet gave me the opportunity to complete some good detailed tasting notes, drinking on your own can be pretty lonely and depressing at times. Not in a ‘sad old sop with wee-wee stains on his pants and mumbling to himself incoherently’ kind of way but just a realisation that even though Mrs Pilsner doesn’t drink beer with me, it’s just a more human experience to drink with her and discuss the taste and flavour of a new beer. Company just makes the beer more enjoyable.

I also discovered the following;

One bloke and two pre-schoolers use a LOT less toilet paper,
When the two older girls are not generating wet towels two at a time, I can’t fit all the clean towels in the towel cupboard.
I CAN, however, fit lots and lots and lots of beer in the fridge when the fridge doesn’t need to feed 5
It’s fun to NOT put the toilet seat back down,
There is no such thing as TOO MUCH sport or shouting at the officials and loudly questioning their abilities and parentage,

... and, for those following this thread the last three weeks and who are playing along at home,

Yo Gabba Gabba is not a kids show it is a test torture for terrorist interrogation,
once you get the Dora the Explorer song in your head it stays there ALL DAY,
it IS cool to sing Wiggles songs in a supermarket and ...
Harmony has better cans than Rhapsody, but only just.

Posts back to normal from Monday. Maybe.

Email ThisBlogThis!Share to TwitterShare to FacebookShare to Pinterest
Labels: lessons