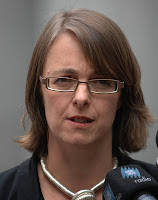 I wrote a few weeks back about the federal governments’ attempts to do a whole lot of nothing about addressing the problems of poor behaviour associated with alcohol. Specifically, the government increased the tax on ‘alcopops’ or pre mixed/ ready to drink types of grog. Clever.

The lame-arsed thinking behind this poorly disguised tax grab was simple. Like its’ instigators. Raise the tax on RTDs and then young ‘at risk’ drinkers will not drink irresponsibly any more, ever. Woo Hoo!! Problem solved.

This did not happen. But, two significant events occurred almost immediately. Can’t say if they are related at all. Judge for yourselves. Sales of RTDs dropped dramatically as the price per each rose about $1.30. Sales of straight spirits and large soft drinks rose. By about the same amount as the RTDs dropped. Hmmm? 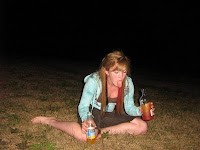 So now the only differences are these. Responsible adult drinkers who chose to buy RTDs for convenience of storage and transporting are now forced to pay more for their drink. The tax man still gets a huge slab of cash from the drinker. The young and inexperienced drinker no longer buys cans and bottles of low alcohol by volume, pre mixed spirits. He or she now ‘pours their own’ from a large straight spirit bottle and mixes themselves a ‘cruiser/breezer/cooler’ thingy. At whatever alcohol by volume they happen to guess. And guess poorly by the third or fifth attempt.

Federal Minister ‘Nanny’ Nicola Roxon was on radio in Melbourne this morning disputing a set of figures which she “didn’t have in front of her” showing that sales of RTDs are down and straight spirits are up. “Seasonal differences in sales figures” she trotted out. Ya what!? Pissed idiots don’t drink as much or as stupidly in July and the tax on RTDs is a coincidence?

Dispute this, Nanny. 21,000,000 standard spirit drinks – that’s 266,000 litres of straight alcohol- had been drunk in the TWO MONTHS after the introduction of the alcopops tax. No more alcopop. Just a massive ‘alco-swap’. Scary? Maybe not on its own. Sensible and bargain savvy responsible adult drinkers are probably switching as much as the dickheads are. But this is scary. There has been a huge leap in the sales of cheap wine and cider. Drinking less? Problem solved? Not.

The federal government makes a cool $1,750,000 A DAY from the increased tax on alcopops. How about spending this on a surgical procedure to reverse the effects of the ‘off with the head and on with a pumpkin’ operation that the masters of this inane solution have obviously undergone.

Let’s just hope that they don’t have similar plans for beer taxes.

My mates, Marcus and Mattrua are planning on attending the Storm v Titans on Friday night.

What is the good Professor's opinion on the beer served at Olympic Park?

Cheers T,
First, the beer is not so much SERVED at Olympic Park but rather it is ALLOCATED. By this I mean it starts off in a can - Toohey's New or Heineken - and ends up in a plastic cup. This procedure can take many forms including "Poured so slowly that even Rusty Bawden could get from one end of the ground to the other in less time", the "Careful or you might get some of that IN the cup" or my personal favourite, "Can I get a spoon with that?". And don't bother arguing the toss unless you speak fluent Urdhu or Punjabi.

I recommend getting there early - and by 'early' I mean two hours early and by 'there' I mean the Rising Sun, Club, Cricketer's Arms, Royal or Vaucluse Hotels.

I am always searching online for tips that can benefit me. Thanks!

Thanks for every other informative website. Where else could I am getting that type of information written in such an ideal method? I have a undertaking that I’m simply now running on, and I have been on the look out for such information.
beds
bed
mattress
mattresses