Now that’s what I call coincidence!

I swear I didn’t rig this one. I swear I didn’t know about this story before I wrote the piece about the Kiwis. Seriously. Or sirrissly. Like in that other New Zealand show about nasty car smashes called Sirriss Crish Younut. I DO admit, however, that I took the piss out of the Kiwis in the bit called ‘Those Krazy Kiwis’.

I was scanning the paper yesterday morning having fed and watered the little Pilsners and this bit just jumped out at me and yelled, “You won’t believe this shit!”

Apparently some shopkeepers in Rodney, near Auckland, New Zealand have been tricked into accepting counterfeit $100 notes. Now this is amazing in itself because I haven’t met a Kiwi who could identify a REAL $100 note (Centrelink only pay out the dole in 50’s or lower) let alone know of someone who might visit their shop and HAVE a $100 note. But that is not the best bit.

The dodgy notes all had the same serial number. I can cop this because you would assume that even a counterfeiter who is as dumb as a bag of hammers would know enough to spread the notes around and not hand too many out at once. And, really, how many shopkeepers would check serial numbers. But this is not the best bit, either.

The notes all featured a slightly altered picture of the Queen. And when I say ‘altered’ I mean completely and ball-tearingly obviously altered. Old Liz was replaced by a picture of a sheep wearing a tiara. Siriss. The cops also stated that the notes were ‘crude forgeries’. Just in case you didn’t feel enough of a dick having just accepted dodgy counterfeits from a bloke who must surely have been giggling uncontrollably, now you hear that the notes were not even half decent. To make matters worse, the news was probably delivered by Constable Niville McEwen and Sinya Sergeant Ewen Mc Niville from Sirriss Crish Younit!

Sorry fellas, I have had a crack at you twice in a week. I promise I will make it up to you tomorrow when I buy some Monteith’s or some Mac’s or even a Steinlager. Can anybuddy lind me a hundred? 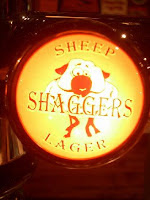 Day Seven of 21 without the wife and eldest. Just watching a lot of TV with the little ones because it's been so wet and cold out. I like some of the shows that they like. The Fairies is OK in small doses but I just can't work out whether Harmony or Rhapsody has the better cans. If I find out, I'll let you know. 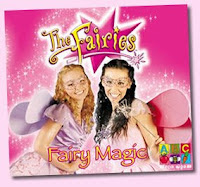