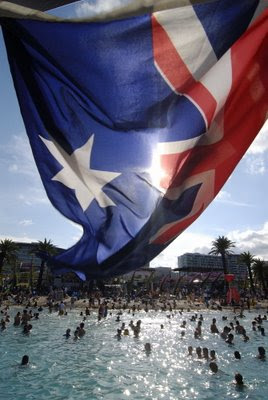 This blog is unashamedly Australian. It is also totally inclusive of others at the same time, but it is proud of its heritage. The only group I discriminate against are dickheads.

Australia is not only the land of my birth and the giver of all opportunities to all men, it has also copped some harsh press in recent times and I thought this a good opportunity to stick up for her.

This whole thing of political correctness has not only gone a bit too far in recent years, but I believe it is as much an imagined myth as Bigfoot, the Bunyip, global warming or Scientology. I don’t think that ‘they’ who get upset are as plentiful as people think. Too often too many assume that a certain group will be upset or hope that they will be upset but ‘they’ may not really be all that upset.

This blog has never really been too bothered about offending anyone, it’s just that we like to hold up to the light anyone who wants to be a dickhead, do dickhead things or promote the attainment of dickhead status. Plus we are always happy to have a crack at various other arse-clowns, fark-narkles, global-warming alarmists, PETA activists, tree-huggers, social engineers, beer marketing dickheads, knob-jockeys, twats and flogs of all political and religious leanings. PC? Not for me!

Australia Day is a celebration of many things. Of opportunity and equality, of aspiration rather than envy, of hard work and luck in equal measure and, best of all – freedom. Freedom to have an opinion and a say without fear of being locked up, freedom to write letters to the editor and show tens of thousands of people that you are a moron, freedom to drink lager or ale – or even wine if you don’t mind being thought just a little gay – and the freedom to support Manly, Collingwood or Queensland.

But mostly, it’s about beer. Good beer, great beer, craft beer, mainstream beer, light alcohol beer, low-carb beer, low cost beer and overpriced swill, tap beer, bottle beer, stubby beer and keg beer. Beers for blokes and beers for shielahs, beer that you import from exotic locations and beer that you brew yourself at home. And any other beer that I may have missed.

So let’s celebrate what’s great this January 26. Be thankful that we live in a place that has a bit of something for everyone. And let’s spare a thought for those who just don’t get it – the wife-beating advocates hiding behind extreme religion, the chair-throwing tennis retards wrapped in the flags of their warring grandfathers, the mental-midgets who want to hold racist beach parties, the social engineers who want to level the playing field by making everybody dumb-arsed and on welfare and any other slap-head who needs to take a good hard look at themselves.

Happy Australia Day. Have a beer. I know I will. 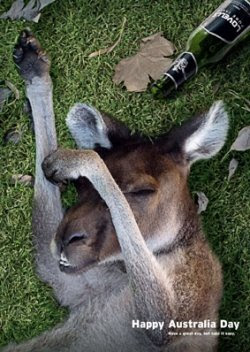 Hey, watch it buddy — here in the States, you're expected to call them "Dickhead-Americans."

Thanks Lee,
I guess when it comes down to taking PC too far, there really are no borders! Dickhead is as dickhead does! I still reckon if they stopped; Had a good hard think; and a beer; we'd all be better off.
Cheers
Prof. Pilsner