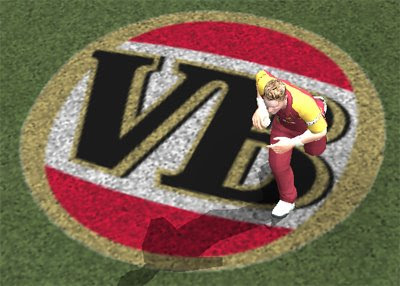 “What is the point of sporting bodies having a code of conduct promoting sensible drinking when their athletes run around sponsored by VB and Bundy Rum? I welcome the introduction of a code promoting responsible drinking among some of our most popular sports. But it’s a joke unless it also bans sponsorship of sporting events by companies that sell booze.”

The point, Susie O’Brien, opinion columnist for the Melbourne Herald Sun, is this.

One. Sporting bodies provide three things for the community. They are an outlet for the talents of their sportsmen and women, they give entertainment and encouragement to the fans and they provide employment and investment.

Two. They are not charities. They rely on income and much of the money that sets them apart from park sports is that which comes from corporate sponsorship.

Three. Many, many, many normal well adjusted people in the community drink beer. No, seriously, I’ve seen them. I’ve even met some of them. They’re very nice people. They may choose to try a brand of beer or spirit because they are exposed to the advertising at sporting events but they don’t start drinking and then abuse the drink because they saw it advertised at a sporting event. This just doesn’t happen. And the dickheads who choose to be dickheads and drink too much VB – they’ll be dickheads regardless. And that’s sad, but not the fault of the beer.

Four. You can’t associate hypocrisy with beer pouring rights of the AFL’s major sponsor. Someone has to have the pouring rights. Do you really think that just selling Evian water or McCoffee and no beer at all will attract anybody to the MCG on Grand Final day? If so, please refer to point Two.

Five. It is perfectly normal for sportsmen and women to celebrate with beer, bubbly or Bundy if they so choose. It is not evil to associate alcohol with sport. It’s a large part of our culture and has seen us develop pretty nicely as a nation. Seeing the players celebrate a win with the sponsors product won’t bring about the downfall of civilised society. Dermott Brereton was criticised for lobbing a loaf of the Hawk’s sponsor’s bread into the premiership cup back in 1986. I think people still eat bread.

Yes we need to address the abuse of alcohol – but let’s do something about the cause, not the symptoms.

Cheers,
Prof. Pilsner
Sticking up for beer for more than two years.
Posted by Beer Blokes at 12:17

Very well said Professor,
blame the dickheads, not the beer.

I recall recently James Sutherland defending KFC as a sponsor, saying they believed it was part of a balanced diet.

What I don't understand is that VB sponsers the cricket, but you can only buy light beer in the SCG. WTF?

BTW, have you had your Sierrra Nevada Pale Ale yet?

Thanks boys,
Moses;
I have regularly had a crack at Macca's and KFC etc (i've been in hospitality for 20 odd years and object to them using the term 'restaurant'!) but I have always defended the right of people to have choice. We just need to get back to these things being what nutritionists call 'a sometime food' and not an 'everytime I'm too f$@%^n lazy to cook' food. There will always be lazy dickheads who buy it for themselves and their fatty-boom-bah kids and waddling missus who has an arse like an overpacked suitcase and you won't stop them by banning advertising or sponsorships.

MCG is the same for light or mid-strength as the SCG. The result of too many dickheads spoiling it for everyone else - but if you don't get them at the gate after they've spent two hours and thirty pots (schooners/middies/shmiddies/ponies/sevens) at the local pubs before the game, the light beer restrictions don't really work.

Tim,
No. Not yet. Got a comment from an American homebrew judge who was over recently for the ANHC championships who said he thought Little Creatures Pale Ale was every bit the equal of SNPA so I have been doing some extensive research *HIC!* with that and making some tasting notes in preparation for the big event. Don't worry, mate, when the top comes off the Sierra Nevada, you and the Beer Blokes bretheren will be the first to know!!

Tim, they've got VB Mid Strength at the SCG.. of course if they sold full strength beer then people wouldn't bother to smuggle in spirits, not that I'd ever advocate that.

Then they'd be able to keep an eye on those drinking and cut people off when they've had to much.

Who was the said judge? Was in J.P.Palmer or JZ?
I think the two beers are very different beasts. Actually I think Little creatures is more of an IPA than an APA.

Tim,
I have put in a call to Shandy for confirmation of the name - Shandy was the one who cornered him and plied him with beer to get him chatting! Will post when I know.
Cheers,
PP