No thanks, I’ll be fine 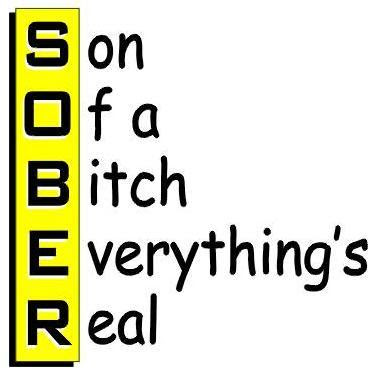 I was laying in bed last night with one eye open and blearily caught an ad for the latest ‘feel good by making you feel guilty’ initiative to target drinkers. The wrong drinkers.

This latest effort is called ‘FEB FAST’ and encourages us to “sacrifice or alcohol intake during the shortest month of the year and, at the same time raise funds to support organisations working to reduce alcohol ... harms in young people through research, prevention and service delivery activities”.

It is based on the premise that we have all been silly and evil and unhealthy during the Christmas and New Year period and we must all feel very, very guilty and be cleansed and purified by coughing up enough coin to fund programs to tell pissed idiots that they perhaps shouldn’t drink quite so much. Like they’ll listen.

Don’t get me wrong, here, I have said many times that I support efforts to reduce the human and financial cost of drink and drug abuse but I object to being made to feel guilty and be expected to fund the cure by giving away some beery enjoyment for the privilege. Plus, we all contribute plenty through income as well as beer taxes and levies and education efforts should be funded this way. It may just be me, but I also had a heap of trouble trying to find out where the money goes, how much they raise and who skims off the top but I’m prepared to attribute that to poor website design until I can determine otherwise.

Having said that, if you want to give away the beers for a month, and donate to a group of marketing, legal and other commercial types like those listed for FEB FAST - good for you. But how about the option of donating the equivalent of what you spend on beer for the month (as I proposed for Movember) as an option? Lose the whole guilt trip thing.

Plus, you buggers have already taken over October with your ‘Oc-Sober’ promotion. And finally how about looking into effective ways of getting the message to those who really need it and won’t heed it? I don’t have the answers but I’m guessing that it doesn’t involve preaching to the converted. 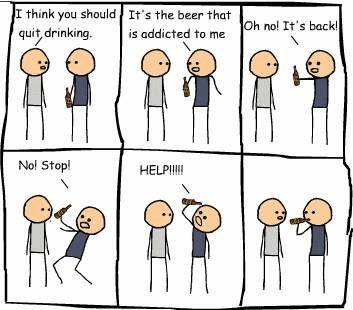 Fine points PP but you didn't have to put that cartoon of Dr. Lager & I up there! *red face*

Just thinking, which one's you?
PP