There’s a new dickhead in town 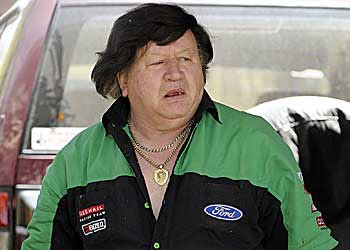 Move over, Corey, there’s a new bloke who wants to sit with you at the Table of Dickheads.

Corey, you may recall, was a young, dumb numbskull who threw a party at his folks’ house when his folks were not at home and invited everyone he knew plus a few hundred that he didn’t know, by advertising the get-together on MySpace. Mayhem, chaos, drunkenness and criminal damage followed. Who’d a thunk it?

One peanut who ‘didn’t thunk it’ was Mark Marangoni, an 18 year old from Melbourne’s, outer west who hosted a quiet gathering for about 300 knuckle-draggers who all became severely offended when residents called police. A barrage of rocks, bricks and bottles were hurled at police and, when the dust settled and four cave-dwellers were arrested, a few interesting facts emerged.

Mark and his father have hosted similar rowdy events in the past. Mark and his father charged five bucks a head admission “due to damage caused at previous parties”. Mark and his father are possibly in a competition to see who is the less mature and more dangerously stupid. Mark was not around the next day to clean up the mess or otherwise make amends for his actions as he was holed up with mates until the media attention died down.

Mark’s Dad, Imperio, was left to deal with the media. Mark’s Dad is not some Centrelink dependent, dopey young dad with little experience at raising kids. He is a 73 year old rock-ape with a wig that would make Tony Mokbel laugh and an idea of child rearing which would make the Manson family seem functional. He blamed the police for all the trouble because they told his cash paying customers that they had to leave and stop drinking alcohol because they were mostly underage. The very cheek of those ‘law enforcers’.

I know from (good) experience that kids learn much of what it takes to be a civilised human being from their parents and it doesn’t take a genius to see that the apple hasn’t fallen too far from the tree in Mark’s case. As his neighbours looked on at the remnants of their quiet suburban street, Imperio told them; “You don’t like party – you piss off!!”

No, Impy, you piss off. And on the way, see if you can teach your son some respect for persons, property and pilsner. Actually, as he is the only one to have apologised and shown any shred of remorse in the week since it all happened, maybe you could have a chat with your son?