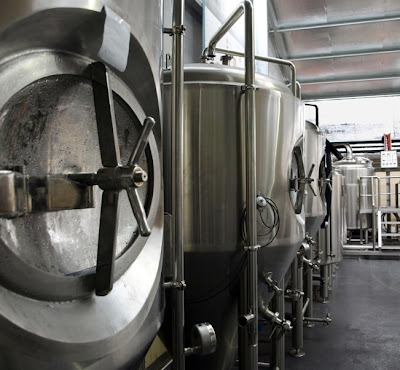 It looks as though 2009 will be a big year for this little Beer Bloke.

December 31, 2008 was not just the final day of the year that saw Krudd 747* stamp his mark all over the globe, the mighty Hawks win the AFL competition and the world financial structure get all shaky and stuff, it was also the day that I realised that I need to look at what I’m doing this next year.

“You need to open a beer and cheese lounge that has a kind of ‘Richmond Hill Larder’ sort of feel to it” was the first one that came up (thanks, Barbara) and I could see myself running something like that. The fact that she specifically wanted it to be within walking distance of her own house might make it a little harder to get off the drawing board, but we’ll see. I’m also not sure about the chances of getting an on-premise liquor licence with that particular council.

“This year, why don’t you look at opening a retail beer shop that specialises in local and imported craft beers?” (Thanks, Jon). Again, a nice thought but I don’t pretend for a minute that I could do it as well, let alone better than Cloudwine, Purvis or Sword’s. Plus I like all the guys and girls that I deal with at these shops and couldn’t see myself going up against them.

“Ever thought you should have a beer themed restaurant of your own?” Yes and no, Rob. Yes a restaurant that treats beer like others treat wine would be the best thing to happen to restaurants since a beer themed restaurant ... hang on a minute? That just might work. The only problem is that some people are operators and others are owners – the best venues are either the ones where the operator IS the owner or where the owner lets the operator run it autonomously and unfettered – and here lies the issue. I could run a place like that and have a ball, probably make a ton of coin as well, but I’m not the sort to make that kind of financial commitment and I also hate all the bullshitty admin types of things that stop you from spending more time with your staff, your guests, your family or all of the above.

Having said that, if anyone wants to stump up the cash, the Beer Bloke Beer Hall name is available, commercially viable (I reckon) and yes, I would love to run it for you!

The last New Years revelation came from Sed and was the one that most made me stop and think seriously about the idea. “You should bring out your own beer this year.” Hmmm. Contract brewing is something that many have utilised to get some really good beers out into the market – Barons, Outback, Snowy Mountains Brewing – all the joys and happiness of having a beer with your name on it without the capital outlay and expense of actually owning a brewery. Hmm. While I know that I am a fair way off that dream just now, it made me think seriously about taking the next step, at least.

With Shandy’s help I am going to take the homebrew to the next stage and start using grain rather than extract so that I can begin to master the art of brewing rather than just being a ‘casual observer’. And this got me thinking about the original dream of a Beer Blokes Beer sitting on shelves and in bar fridges and in gleaming glasses clasped in blokes’ hands. It aint gonna happen by sitting back and waiting for it, so her goes nothin’ ...

This year I am going to get myself a gig working in a brewery, learning the ropes, ‘mucking out’ the mash tuns, cleaning stuff and hauling stock, just like the early days of my hospitality career where I did my time and ‘made my bones’ scraping crap from pots, scouring pans and mopping floors ... all the things that made me appreciate the good times in later years. I want to know the ins and outs of the process, the subtleties of temperature and time, the development of aroma and flavour and, most of all, I want to take my passion for beer to the next level and channel my energies into something, well, liquid! 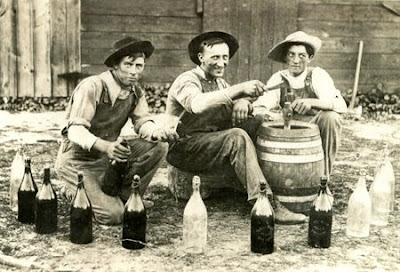 I’ll be the perfect work experience kid! Loyal, trustworthy, reliable and with his own car and his Mum’s permission! Got to go now and work on my resume!

*Prime Minister Kevin Rudd also claimed the award for ‘Politician using the mostest big words in every sentence ever without saying anything’ for 2008.
Posted by Beer Blokes at 12:07