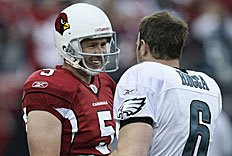 With “Aussie Ben” Graham* punting for the Arizona Cardinals this years’ Super Bowl may hold a little more interest this side of the Atlantic. For those who have only a passing interest in this massive US sporting event, it’s the advertising, and particularly the half-time ads, that are as earnestly discussed as the team line-ups and tactics. In the past, advertisers have thrown increasing millions at the prime spot advertisements and the figures are simply mind boggling. Combined with the effort and expense put into the half-time entertainment and it’s no bloody wonder the economy is as shaky as a paedophile at a Wiggles concert.

But this year might be different. Miller, the brewers of High Life and Genuine Draught, have hit upon a campaign that may not just get people talking and save the company a heap of coin – it might just sell them some beer! Rather than being ‘quirky’ or ‘cute’ or technically brilliant, it relies instead of appealing to common sense in the $$$ spent on Super Bowl advertising. 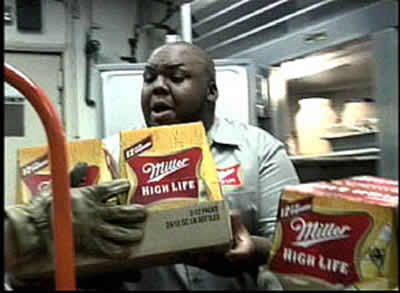 See what you think and let me know. Go on, click on this bit here.

Super Bowl 43 between the Arizona Cardinals and the Pittsburgh Steelers will be staged in Tampa Bay, Florida (oranges, drug lords and old people) on Sunday February 1st. It will be watched by around 1 billion people in 232 countries and territories and will be translated into 34 languages. It will be on the telly in Australia. Check your local guides for details.

There are no plans for Janet Jackson to show her McGits again. As far as I know.

*I think it is actually embedded in Australian Federal law that if a sportsman or woman becomes successful overseas then they must be forever more referred to as “Aussie ...” – think “Aussie Joe” Bugner, “Aussie Jelena” Dokic, “Aussie Ben” Graham, “Aussie Anthony The Man” Mundine.
Posted by Beer Blokes at 10:24

Love the Wiggles line. Man, those guys freak me out. So glad my kids are past that age now.

G'Day Lee,
I thought about that as I posted, but I figured it depends on which side of the States you start from !(?)

If you really want a full-on freak out, The Wiggles now have a Spanish version and a Mandarin version - extra freaky!!