It's a bit hot 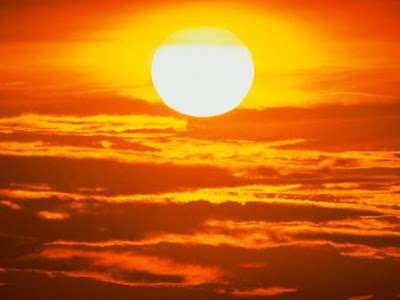 It’s been a bit hot in Melbourne this week. Which is like saying that Maria Sharapova grunts a bit, or that Oprah is a bit fat, or that gay bloke who does the Hollywood reports on that morning TV show is a bit of a tool.

Not only has the mercury been pushing over 40 degrees but it has done it for four days in a row with the forecast for one or two more days of the same to come. So that’s about 104 in the F scale, or “Shit that’s hot!” in the Bloke Scale. The temperature topped out yesterday at just on 44 (110) degrees and the overnight ‘lows’ have been a rather chilly (by comparison) 30 (86).

Now, some might be tempted to put this down to Global Warming (Wooooo-ooo WE”RE ALL GOING TO DIE!!!) and some may even attribute it to lack of faith in the almighty and his wrath made manifest but personally I look at the big picture. I see news reports of snowbound roads and airports in the States and blizzards and storms in Europe and say, well, that’s the pay-off. The ‘Ying’ to our ‘Yang’. And I see reports of rain and snow and gloomy shitty weather in the UK – sorry, my mistake, that was a British Tourism advert – but you get the idea? It is a message, but not of gloom and doom.

Maybe it is just nature’s way of ensuring that the Beer World stays balanced on its axis - that ales are ales and lagers are lagers and there is plenty of appropriate weather for every style? Maybe I have just found a lost appreciation for icy cold, easy drinking, no-thinking lagers. Maybe I’m regressing into a beer yob rather than a beer snob? Maybe the heat, the lack of sleep and the fact that people still crash their cars or have trees fall on their houses which makes me go out to assist and I have to wear overalls and a helmet has made me a bit ... melty?

Whatever the reason, relax, enjoy the seasons – whatever they present to you – and have a beer.