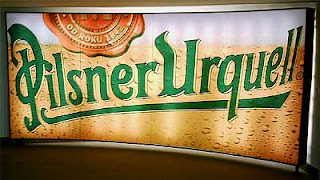 Last night’s Ale Stars session was a memorable one for many reasons. A made-to-order balmy summer’s night in Melbourne meant that a beer was just the thing and pale lagers were the perfect complement to the weather. In addition, by far the largest Ale Stars crew had assembled and included a good handful of first timers. It was also the launch of the revamped Ale Stars

A couple of additions to the new-look format included a ‘Comments & Queries’ opportunity and a Beer Trivia quiz held in three parts over the night. Perhaps the most highly anticipated and eagerly awaited was the new ‘Show & Tell’ segment where an Ale Star would take to the floor for a brief beer related presentation. This bit turned out to be the highlight of the night – possibly of the whole Ale Stars experience! Ever!! More later.

We began with a brisk walk through the history of pale lagers with Shandy entertaining and informing the hushed crowd who hung on his every word. They may have just been leaning forward in an attempt to understand his accent – not sure. The Tech-Foul bell was back – this time a real, actual bell, in case anyone got too ‘beer nerdy’ or poindexter-y during the night.

Beginning with the birth of the Pilsner the history lesson finished with a sampling of Pilsner Urquell. This was followed by a Hoffbrau Munich Helles, a slightly less boisterous version which may have been better received had it been the starter beer. Having said that, no one sent one back! 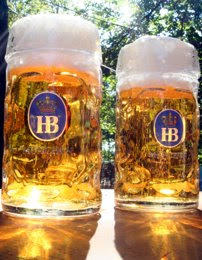 The Helles was also announced as the prize for the beer trivia competition and this incentive was welcomed by the teams. Who’da thought, ey? Beer as a prize for a beer trivia comp at a beer night in Melbourne’s best beer bar. There ya go. I’ll post Shandy’s questions in a coming post and you can see how you do. To handicap ourselves, our team made sure that we had all had a few sneaky upstairs beers beforehand. You might want to do the same.

Emerson Pilsner was next up and a fine example of a pilsner it is. Crisp and clean with interest and bitterness all wrapped up in a well balanced package. In all, the beers were travelling nicely, there was plenty of discussion in regards to the trivia questions – and Shandy’s questionable spelling – but more entertainment was in store. 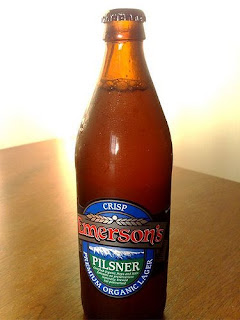 The first instalment of ‘Show & Tell’ was something of a trial run for future Ale Stars to see what was required to present an entertaining short beer related piece. Remembering that ‘beer nerdy or techy’ is out, the pressure was on the first volunteer. And I have to say he handled it admirably, despite concerted heckling from the host. A cracking tale of youthful exuberance, creative construction and the drinking of a shit load of pretty average beer was re-told humorously and had the crowd captivated and, quite honestly, I think we were all a little disappointed that the story had to be so brief so that the night could continue. If I can get his permission I will re-tell the piece in a future post. I reckon he’ll say yes.

Anyhoo, back to the beers. We finished with a Bridge Road Chestnut Lager and, in the same vein as my previous post ‘Where’s the Love?’, this beer shines. The use of locally grown chestnuts, harvested by family and friends, lifts this beer above the ordinary in both its taste and its philosophy. A great finishing beer to a great night. Oh, and if anyone knows, could you please tell me what chestnuts are grown in? And I don’t mean ‘trees’, smartarses, I mean, like orchard, grove, glen ... whatever. Ronan wants to know. Thanks.
And I can’t remember which team won the trivia comp, afterall, the score isn’t important, it’s all about fun and beer and learning something new, isn’t it? I'm sure the winners would not want their magnificent achievement trumpeted for all to hear! Anyway, our team certainly enjoyed the second round of Hoffbraus ... mmmm, Beeeeer!! Even better when it's free!!
And one last observation. I think the night may need to be extended in future as a new trend is beginning to emerge. Chris and I have been arriving early ... well, earlier and earlier ... and I’ve noticed other regular Ale Stars also meeting pre-meeting for some Sneaky Upstairs Beers!
Cheers,
Prof. Pilsner
P.S. I said that it would be OK for me to re-print my Show & Tell. Thanks, Prof. No worries.
Posted by Beer Blokes at 14:14

Damn, we have a lot of fun in that place.

Too true! I seem to recall drinking beer in bars before the Taphouse came along, but I'm not sure what the attraction was!
PP

Fine report as usual Prof. Bummer I missed the session but maybe that's why it was so good?! ;-) Hope to see you at SpecTAPular on Sunday..

There is only one answer to beer trivia questions.

When in doubt, say "froth"