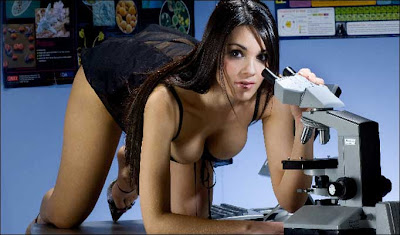 In this weeks instalment of Beer Blokes and Science we present a research piece from the University of Bristol in 2008 which set out to study the;

For you and I, that means; “Is there really such a thing as Beer Goggles?”

Here is their hypothesis.

“A strongly held popular belief is that alcohol increases the perceived attractiveness of members of the opposite sex. Despite this, there are no experimental data that investigate this possibility. We therefore explored the relationship between acute alcohol consumption and ratings of attractiveness of facial stimuli.... We tested participants immediately following consumption of alcohol or placebo and one day later, in order to investigate whether any effects of alcohol persist beyond acute effects....”

This is important scientific research for three reasons.

1. It proves that beer can, in fact, make your world a little better, if only for up to 24 hours,
2. It might encourage normal, well-adjusted people to take up Sciences if they realise you can do stuff that involves drinking lots and lots of beer and then look at nice faces, and
3. It gives me another excuse to use pictures from my ‘Sexy Scientist’ folder.

The only piece of this puzzle that I can’t explain is this;
“We tested participants immediately following consumption of alcohol or placebo ..”
I’m sorry, but what’s an alcohol placebo?
“This group gets some Bavarian Lager and this group ...Hmmm? I know, give ‘em Carlton Cold!”