Push for .02% drives the wrong message 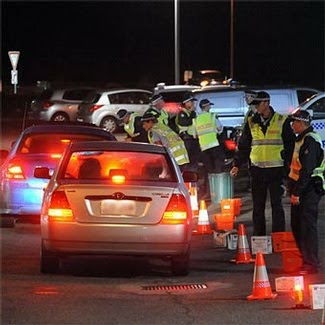 There is a concerted push by some in Victoria to lower the legal blood alcohol content (BAC) of motor vehicle drivers from .05 to .02. Those on the side of reducing the threshold include high ranking Traffic Police as well as politicians and social welfare groups.

As a volunteer Emergency Service worker involved in Road Crash Rescue I am reasonably familiar with the damage that careless driving can do persons and property but I am not sure that this is the right approach, on two fronts.

First, the push to lower the limit has come of the back of some road crash statistics – 39 deaths in five years involving BAC levels of between .02 and .05% - which, in anybody’s language is too many, but Victoria consistently clocks up around 350 road deaths per year, so is that really a significant proportion? The figures also don’t reveal how many of the 39 deaths could be attributed TOTALLY to the BAC. Plenty of people with zero Blood Alcohol and plenty Blood Alcohol die due to speed, fatigue, inattentiveness, inexperience, risk taking and talking or texting on a phone, so will lowering the legal BAC change anything?

The second issue I have is that, yet again, we are ignoring the real problem. We don’t have a drink-driving problem, we have a dickhead problem. The many thousands of responsible drivers who enjoy one or two quiet ales after work, after sport, at many school and community functions and on countless other occasions will be penalised and demonised for the behaviour of a group whose concern for themselves and others will always come second to poor impulse control, strong negative peer group pressure and a general attitude of F@#K YOU MATE!!

The story is here.

I work in road safety in NSW and have seen most of the statistics regarding road deaths and rink driving. Essentially, there is no statistical reason to reduce the blood alcohol limit to 0.02. Like most other social problems, if the laws that were already there were enforced/adhered to, there wouldn't be the problem.

If only we had a dickhead detector!

Love the post Prof, very well argued and I totally agree. Let's hope they see some sense before changing the limit.

Thanks, and welcome Phonos,

I thought long and hard about this one before posting because I don't want to belittle or downplay any road safety initiative - it's just that the wrong group keeps copping it in the neck and the tools get off scot free!

In the ideal world we wouldn't keep seeing news reports of f@#ktards being pulled over THREE TIMES IN THE SAME NIGHT!! At the end of the day some people need to take a good hard look at themselves and take responsibility for modifying their own behaviour.

I need to go and lie down now.