Or, show us ya Golden Apples! 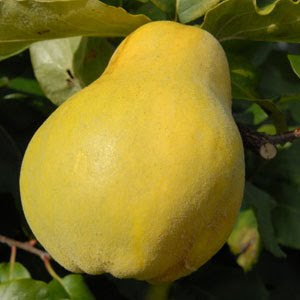 Not much more than a year ago I didn’t know what a Saison was. Never heard of it let alone was I able to identify it as beer style. Also never liked quinces. Or Golden Apples as they were once referred to.

Now here I am drinking Saison flavoured with quince. There you go!

Bridge Road Brewers Saison is part of their upscale Chevalier range – named after a Frenchman, Jacques Chevalier, who called Beechworth home during the gold rush and ran the sawmill which was powered by the waterfall that cascades beneath the old stone bridge where brewer Ben Kraus grew up and brewed his first batches and from which Bridge Road Brewers gets its name which will bring us back to doh!

The beers in this range are special brews in stylish 750ml bottles which are great because they look good on the table and encourage the sharing of beer – very noble. The Saison is a beautiful interpretation of a Farmhouse Ale, 6%, lightly golden, dense white head, crisp dryness with plenty of refreshing tartness from the yeast that is as good on its own as it is paired with foods from seafood to cheese.

Picking quinces from his own garden, Ben candies the fruit by boiling in a sugar syrup for 6 hours before adding the cooled mix to the primary ferment. The resulting Saison de Coinq takes no more than a little of the fermentable sugars from the fruit but graciously accepts the added colour and flavour to add a rounded note of interest to the overall taste.

Ben plans to double the quince content for next year’s limited release batch.