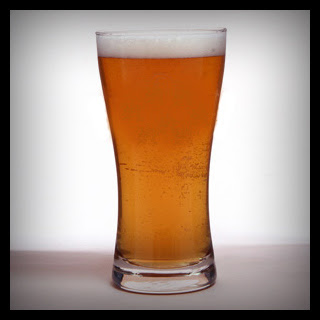 Just saw over at Beer Matt’s blog where the powers-that-be in Queensland are looking at banning glasses in pubs as a result of people being attacked. Presumably by glasses. I wrote here back in March last year when sections of the Melbourne media were pushing the same issue. That is, looking at things arse-about.

Why ban glasses? I’ve been to plenty of places that serve beer and never once have I been tapped on the shoulder by a snarling pot or schooner saying; “Ay yoo Jimmy, wanna fight?!” I have, however, been annoyed by a pissed idiot looking for trouble because, well, he’s a pissed idiot. I’m guessing he didn’t turn up at the venue like that, though. Seems to me the solution to a simple problem is usually, well ... simple.

Don’t let the idiots get pissed. Now, because idiots don’t usually wear a label stating that they are an idiot (although wearing sunglasses at night, T-Shirts with rude words on them and Collingwood football jumpers are a bit of a pointer) assume that everyone has the potential to turn wayward. Serve them beers, in glasses, and keep an eye on them. Have the venue manager do the same and wander through the venue like a proper manager would.

If someone starts to get a bit silly, give them a bit of ‘stink-eye’ and let them and their mates know you are watching them. If necessary, ask them quietly to settle things down a tad. Most will take the hint and settle things down without fuss. But, the longer you let them go, the more difficult it is to rein them in. You don’t need to be a prick about it to get the message across – just be quick and consistent. If the Noddies turn into beer-fuelled dickheads, then you cut them off. If their mates try to buy for them, cut them off as well.

Don’t punish the good beer people who are having a good night out and are respecting the beer. That’s not fair.

Spot on Prof...the Government always feels the need to respond with new laws rather than actually police the laws that they have. It's as if they think that creating a new law is itself the solution. Most states have licensing legislation that bans serving people who are intoxicated. I'm pretty sure that it's not sober people who are doing the glassings. So why need new laws or bans? Just police the licensing laws and stop them gin palaces pouring cheap, flavourless grog down their throats.

Oh wait...that might mean the Government actually have to do something other than leave it up to the licensed venues - who have a vested interested in selling as much alcohol as they can - to police themselves.